Who said loafers are ugly college campus shoes? They can also be a pretty fashionable shoe for a casual and informal use. And who said they are men's shoes? Well, originally they were, but as bare legs and shorter skirts have become more acceptable for women, some styles of loafers have become fashionable as a sock free shoe for us girls (like I am wearing it). I personally fell in love with this pair from Calvin Klein Collection: 100% leather, made in Italy, absolutely versatile colour, and only 78,-€ from an original 248,-€ (170,-€ less)!!!! I wear them with chinos and a blouse, with a dress or even with a more formal "office look". Comfortable and chic, what else!? Oh yes, you probably want to know where I bought them: McArthur Glenn Outlet in Salzburg.
Mission complete,
M 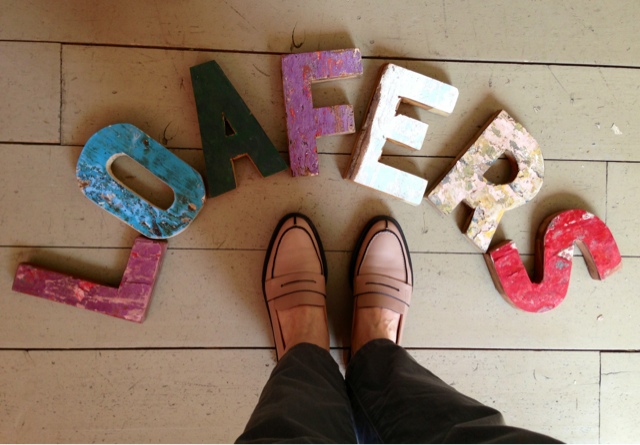 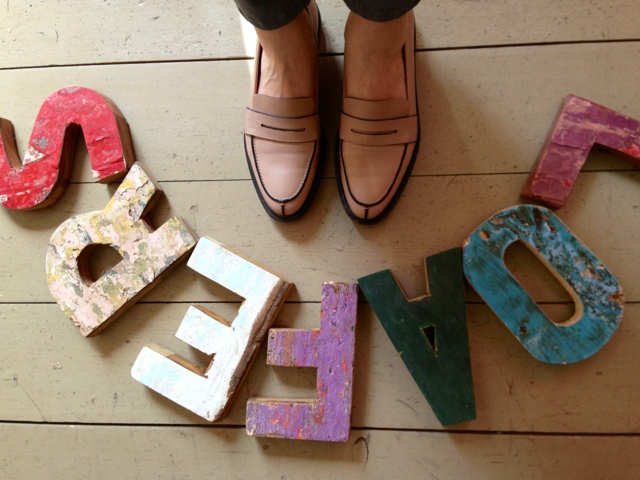 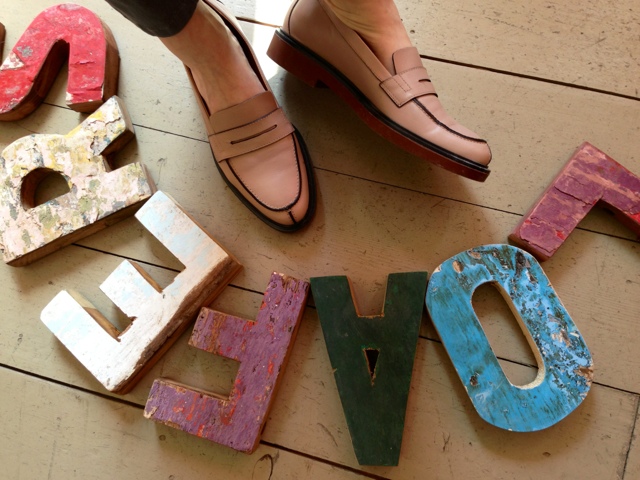 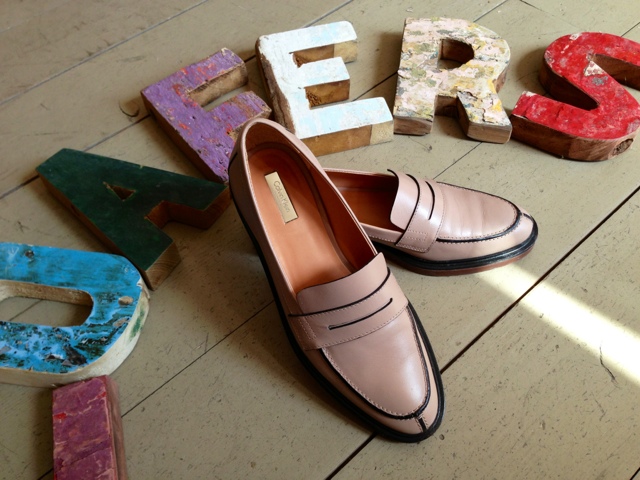 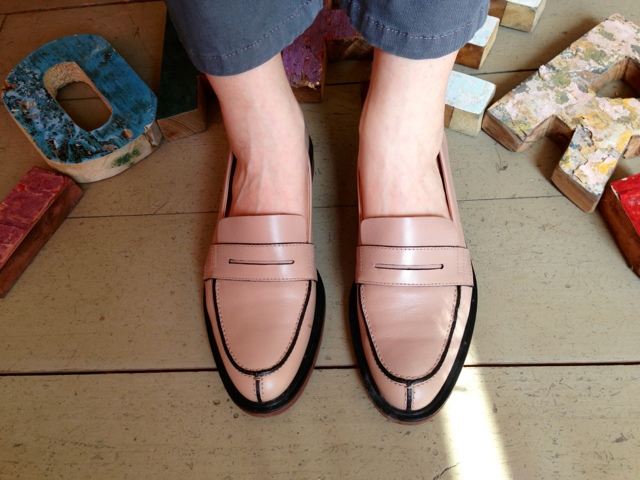 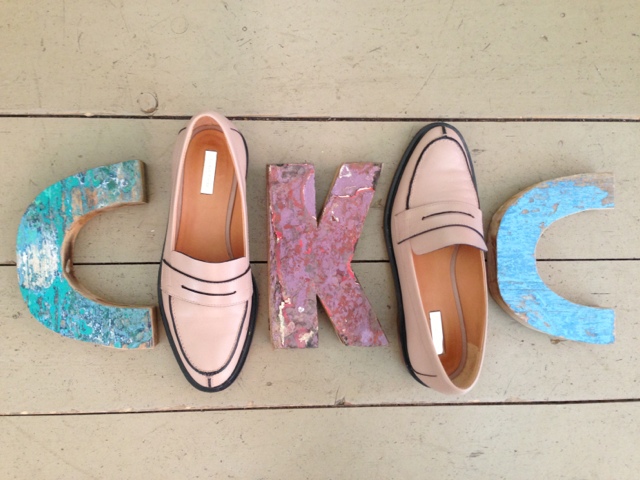 Pubblicato da Martina a 12:03 No comments:

A look at the past

Have you noticed how vintage eyewear has made a come back? Wether big and round, squared or cat´s eye these spectacles typical of the 50s, 60s, and 70s have been the in thing of many designer´s autumn/winter collections and will be a must for this spring/summer. I really find these glasses cool, but why buy new-made-old ones when you can have real vintage ones? My mom and I bought two frames in a vintage shop, Boogaloo. Mine costed €40, my mother´s €20. Vintage spectacles can be easily found at any flea market (which is usually the cheapest option), in vintage shops and online: for example have a look at the following items 1950s, 1960s, 1970s on Ebay. Which decade is the right one for you? Which style do you prefer? Go on reading and find out. 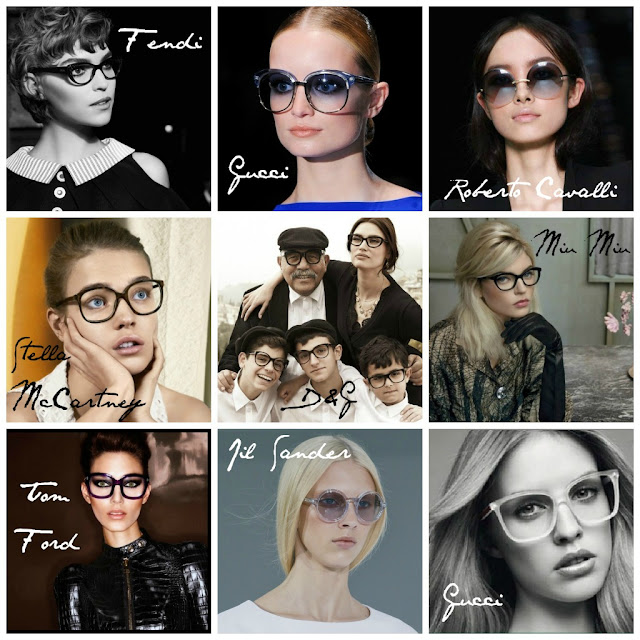 In the 1950s the world recovered largely from World War II and clashes between communism and capitalism dominated the decade. The glamorous world of Hollywood had a boost and has been scenario to the rising of a star, of a diva, of a beauty icon: Marylin Monroe. All flashlights were on the shiny high society fusion of Hollywood and Monaco, without forgetting the ongoing Cold War. Women were still women and spectacles were very feminine; they resembled and emphasized the long eye lashes of the typical glossy 50s woman. 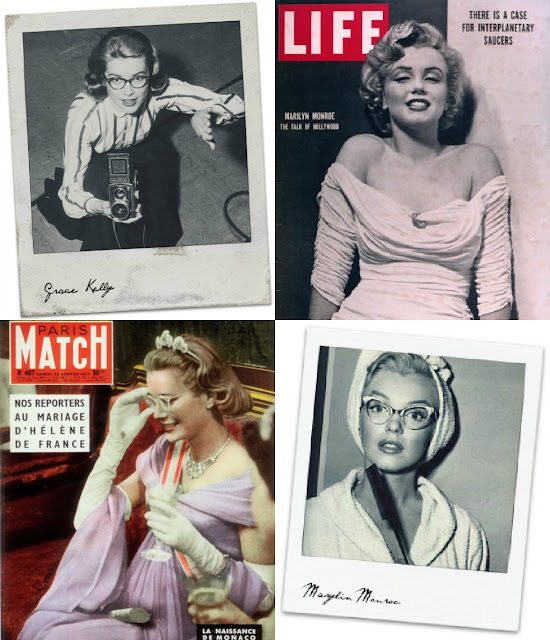 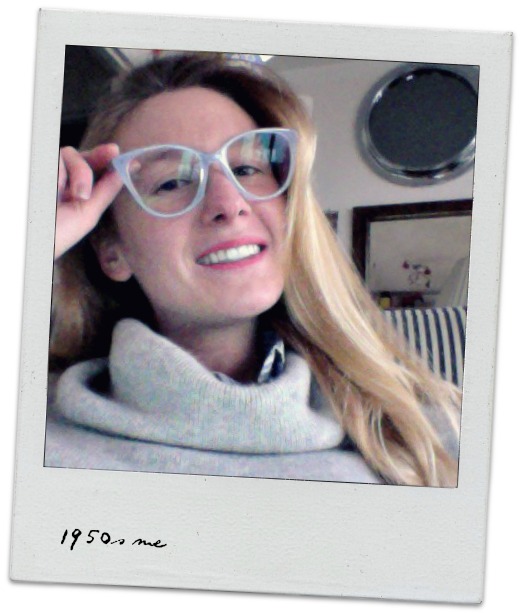 1960s: Twiggy was the icon of a fashion era; slim, young, and fresh, she was the absolute counterpart to the women of the time: curvy, elegant, and classy divas, such as Sofia Loren and Jackie Kennedy. Twiggy was edgy, but so were spectacles! 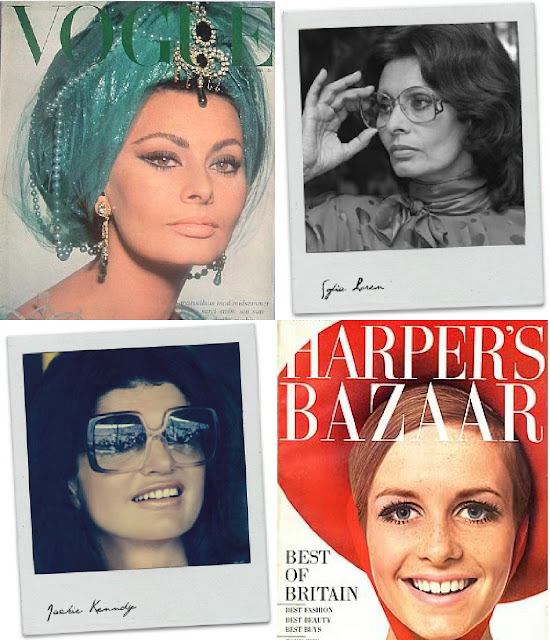 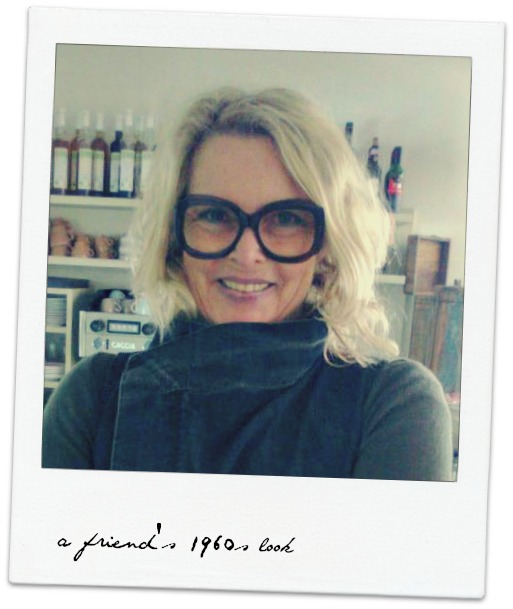 In the 1970s the movie Love Story with Ali MacGraw brought back a glimpse of romance into society at a time which is remembered for the rising of the hippie movement (end of the 60s, all throughout the 70s). With her round glasses and her psychedelic acid-rock music, Janis Joplin was one of the major attractions to the Woodstock festival. Spectacles were big and round both for hippies and for nerdy library girls, such as Jennifer Cavalleri, the role interpreted by MacGraw. By the way I love this movie, it always makes me cry... 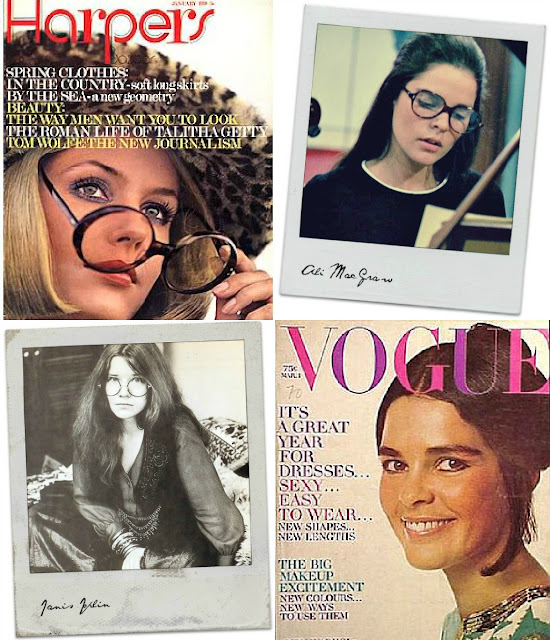 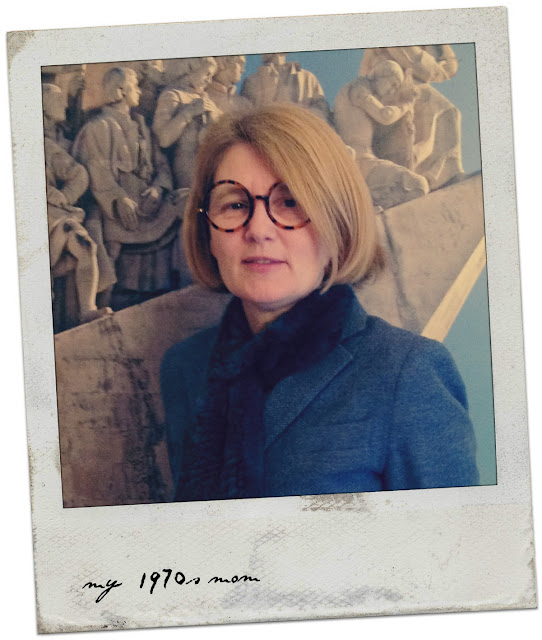 Martina
Salzburg, Austria
Hi there, thanks for passing by. Hope you´ll enjoy!